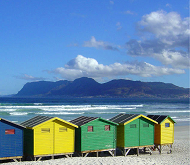 Exploring outbreak response vaccination for measles in the DRC

A safe and effective childhood vaccine for measles became available in 1963. In spite of its widespread distribution in the developed world, however, measles vaccine remains largely unattainable for many communities in sub-Saharan Africa, and preventable measles-related child mortality is still widespread.

A measles epidemic has been raging since the beginning of 2015 in the former province of Katanga in the southeast of Democratic Republic of Congo (DRC). According to the Ministry of Public Health, as of 20 November 2015, a total of 39,619 cases and 474 deaths have been officially reported in Katanga since early 2015. More than 77 percent of cases and 88 percent of mortalities were from children aged 1 to 5 (MSF 2016).

After the above aims are successfully met, there is the potential to conduct additional analyses if group participants have time and sufficient interest. For example, gravity models could be used to form a metric of connectivity for sub-localities within the Katanga region and linked with age data for geo-referenced measles cases to explore whether inter-annual stochastic fadeout of measles is likely in the region. Additionally, alternative interventions in the routine vaccination program could be addressed.

Accurate modeling projections of future interventions, such as vaccination, rely on a precise characterization of epidemics trends in the past. For this reason, we seek to describe the basic epidemiology of measles in Katanga before modeling any proposed interventions through vaccination. The TSIR model has been used to accurately capture the trajectory of measles incidence in the past, both for developed world nations, where the time-varying transmission rate tends to peak during childhood school terms, and in resource-poor regions of sub-Saharan Africa, where agricultural and environmental forces have been demonstrated to underpin seasonal epidemic spikes (e.g. Ferrari et al. 2008).